Eckler's warehouse is open, shipping daily and ready to meet all of your automotive needs. Curbside pickup is now available at our Florida location Learn More

For 1960, the full size cars in the Ford line were completely redesigned and, with the exception of engines and drivetrains, carried over little from the previous year. The restyling incorporated by Ford was apparent from bumper to bumper. Up front, one significant change in styling included moving the headlights from the fenders down into the grille. The traditional round taillights implemented by Ford in the past were dropped in favor of a new semi-circular design. The Galaxie continued to lead the way as the top-of-the-line model for full sized Fords. 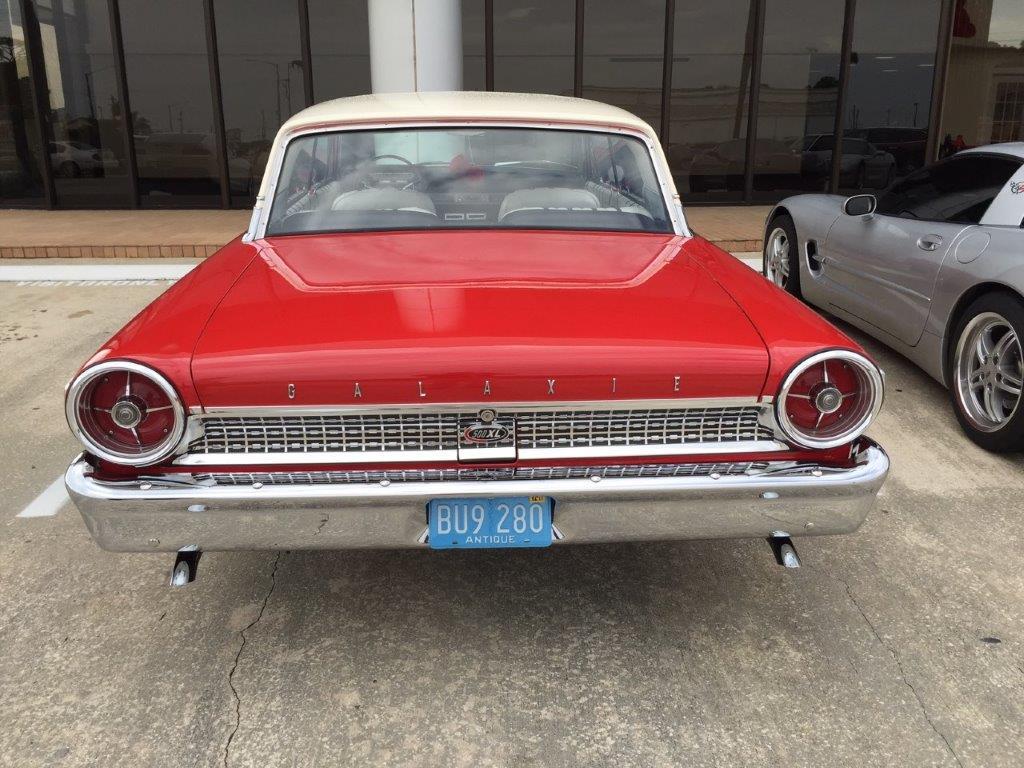 Along with Galaxie, Ford also offered the full sized Custom 300, Fairlane, and Fairlane 500 models. A new body style for 1960 called the Starliner Hardtop had a distinctive roofline and was added to the top-of-the-line Galaxie models.

1962 saw the introduction of a new downsized Fairlane, effectively dropping the model from the full sized Ford line-up. For 1962, the big cars again had a thorough restyling. Two new Galaxie models were introduced, the Galaxie 500 and the Galaxie XL. The XL was a performance oriented version of the Galaxie and included a floor shifter and bucket seats. The Starliner 2 door hardtop was eliminated as an optional body style and Ford was poised to make its impact felt in the Detroit horsepower wars of the era.

In 1963, Ford offered even more engine choices and with them, more horsepower. The 406 cubic inch V8 was available with options that offered 385 or 405 horsepower, and the 427 cubic inch V8 boasted a staggering 410 or 425 horsepower. Both small block and big block V8's were available. Ford had a record production year with 1.5 million vehicles built.

The advertising slogan for 1965 full size Fords was, "Newest Since 1949." For the first time, big Fords used coil springs at the rear axle. 1965 also saw the introduction at mid-year of the top-of-the-line LTD. Performance remained a high priority in 1965 and into 1966. One available Ford engine of this era would reach legendary status, the SOHC 427. The “Single Over Head Cam” engine, or “Cammer,” was available in two versions, each offering over 600 horsepower. These two engines were not installed at the factory, but were available from the parts department of your local Ford dealer. Primarily developed for a racing application, the SOHC 427 was more than a handful on the road.

In 1966, the performance-oriented 7-Litre, boasting 345 horsepower from 428 cubic inches, was unleashed for a one-year run. The full size Fords received what at first glance looked like some modest appearance revisions for 1966, however, the fenders, doors, and quarter panels were actually entirely different designs from 1965. 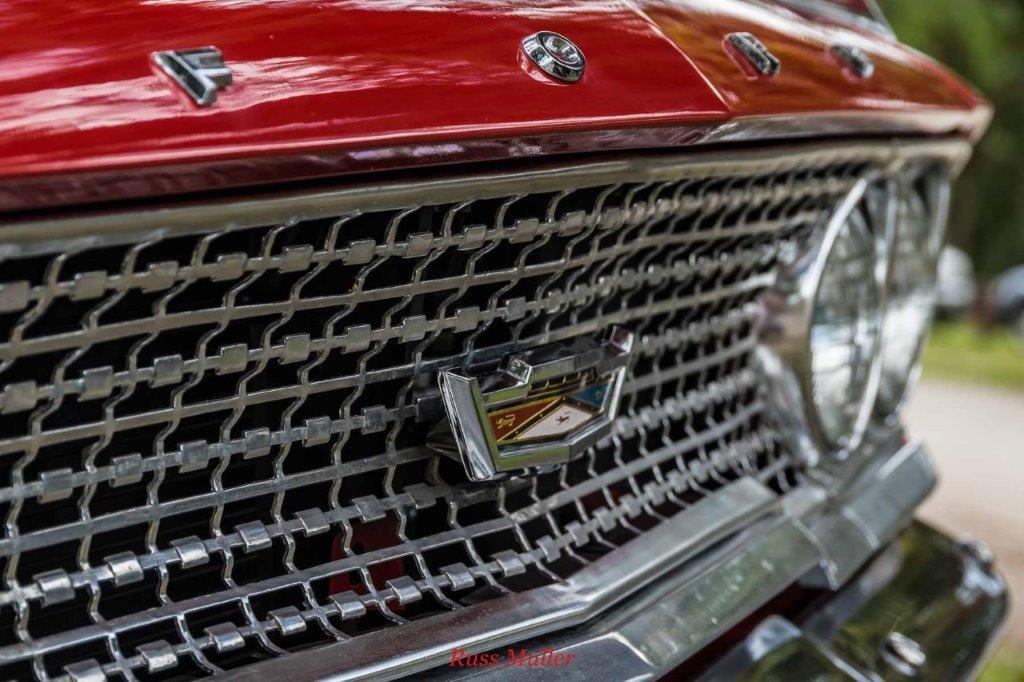 1968 was the "Ford has a better idea" year. The Federal regulations were evident in every model and line. The 302 V8 was introduced.

For 1969, Ford’s new slogan was, "The going thing." The 351 "Windsor," produced in Ford's Canadian plant, made its debut, and the chassis and suspension were almost unchanged. A few styling changes, including longer hoods and shorter rear decks, altered the appearance of the big Ford. A new top-of-the-line series called the Brougham was added and the XL convertible and "SportsRoof" fastback hardtop were big sellers. The muscle car version of these models sported the four-barrel 429 cubic inch V8.

Big Fords for the 1970 model year received minor trim changes. A new ignition lock was located on the right side of the steering column. Model year 1970 was the last year for the XL, but Galaxie 500 hardtop coupes were available in both formal-roof and SportsRoof body styles. The optional 4-speed manual transmission, which was available on the 429 the year prior, was dropped for 1970.

For 1971, the big Fords were restyled again. The Galaxie XL series was discontinued but its convertible was moved to the LTD series. Front disc brakes were now standard equipment.

Models for 1972 were similar to 1971, but the vertical center grille section was now not so prominent as the front bumper now continued across it and the rear bumper was enlarged with inset taillamps. This was also the final year for the 240 cu in (3.9 L) six-cylinder engine and three-speed manual transmission (which was available only with the six-cylinder engine); all V8-powered full size Fords had SelectShift automatic transmission as standard equipment. 1972 was the last year Ford offered full size convertibles.

Galaxie - The name was used for the top models in Ford's full-size range from 1958 until 1961, in a marketing attempt to appeal to the excitement surrounding the Space Race. For 1962, all full-size Fords wore the Galaxie badge, with "500" and "500/XL" denoting the higher series. The Galaxie 500/LTD was introduced for 1965 followed by the Galaxie 500 7-Litre for 1966. The Galaxie 500 part was dropped from the LTD in 1966, and from the XL in 1967; however the basic series structuring levels were maintained. The "regular" Galaxie 500 continued below the LTD as Ford's mid-level full-size model from 1965 until its demise at the end of the 1974 model year.

A 1971 Ford LTD is driven by Burt Reynolds in the 1973 movie White Lightening.