The car initially known just as the “F-car” was born inside GM design studios under the leadership of Elliot M. “Pete” Estes in August of 1964 in answer to Ford’s hugely popular Mustang. Many names were considered for the new car such as Chaparral, Nova, Panther, Wildcat, G-Mini, Gemini and several others. Pictures do exist of models actually wearing the Chaparral and Panther emblems. Pete finally settled on the word “Camaro” from an obscure French dictionary which “supposedly” meant friend or companion.

The first generation Camaro was offered for sale to the public over two full years after the Mustang was introduced. It was available in coupe and convertible form with power teams from a thrifty 6-cylinder to the ground-pounding 396 375HP Super Sport big block. The Camaro could be ordered as simple or as luxurious as the customer wanted because of a huge option list which included amenities like an 8-track player and a liquid tire chain dispenser. 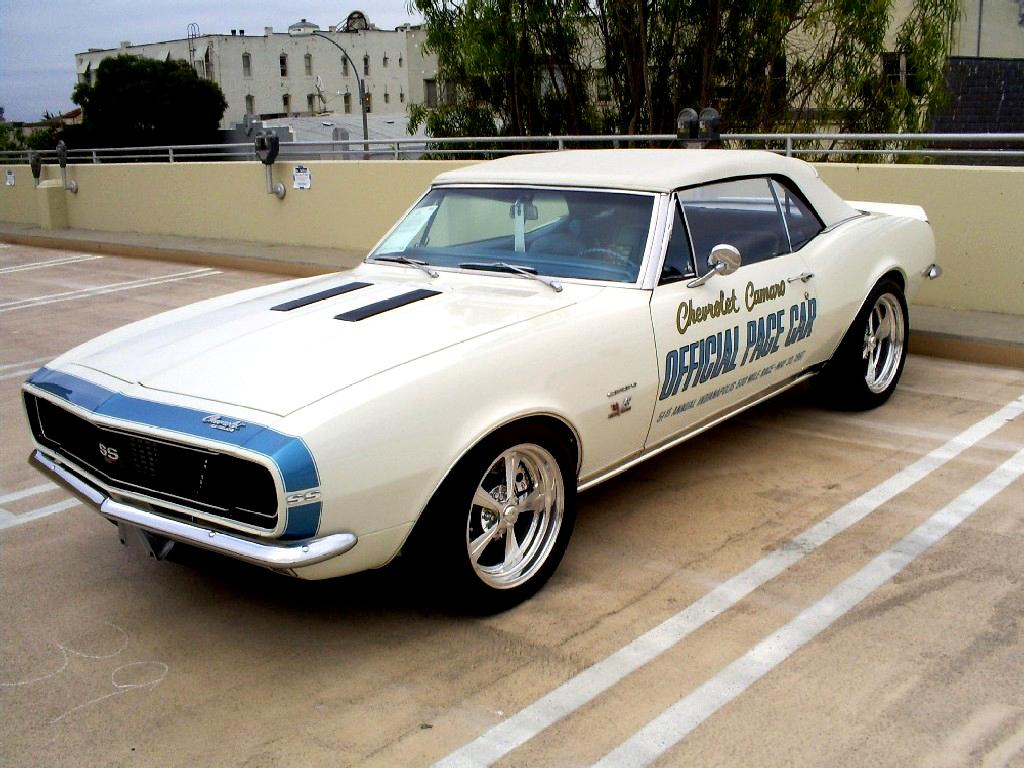 From a performance standpoint, the Camaro could be ordered with the Z/28 package which yielded a high-winding 302 CI engine and a 4-speed transmission which was a very similar drive train to the SCCA race cars of the time. Also if drag racing was more your thing, the Camaro could be ordered with 3 different big blocks and transmission configurations to get big block torque to the ground. Later in 1969, the all-aluminum, big block ZL1 Camaro was introduced for the ultimate drag car. 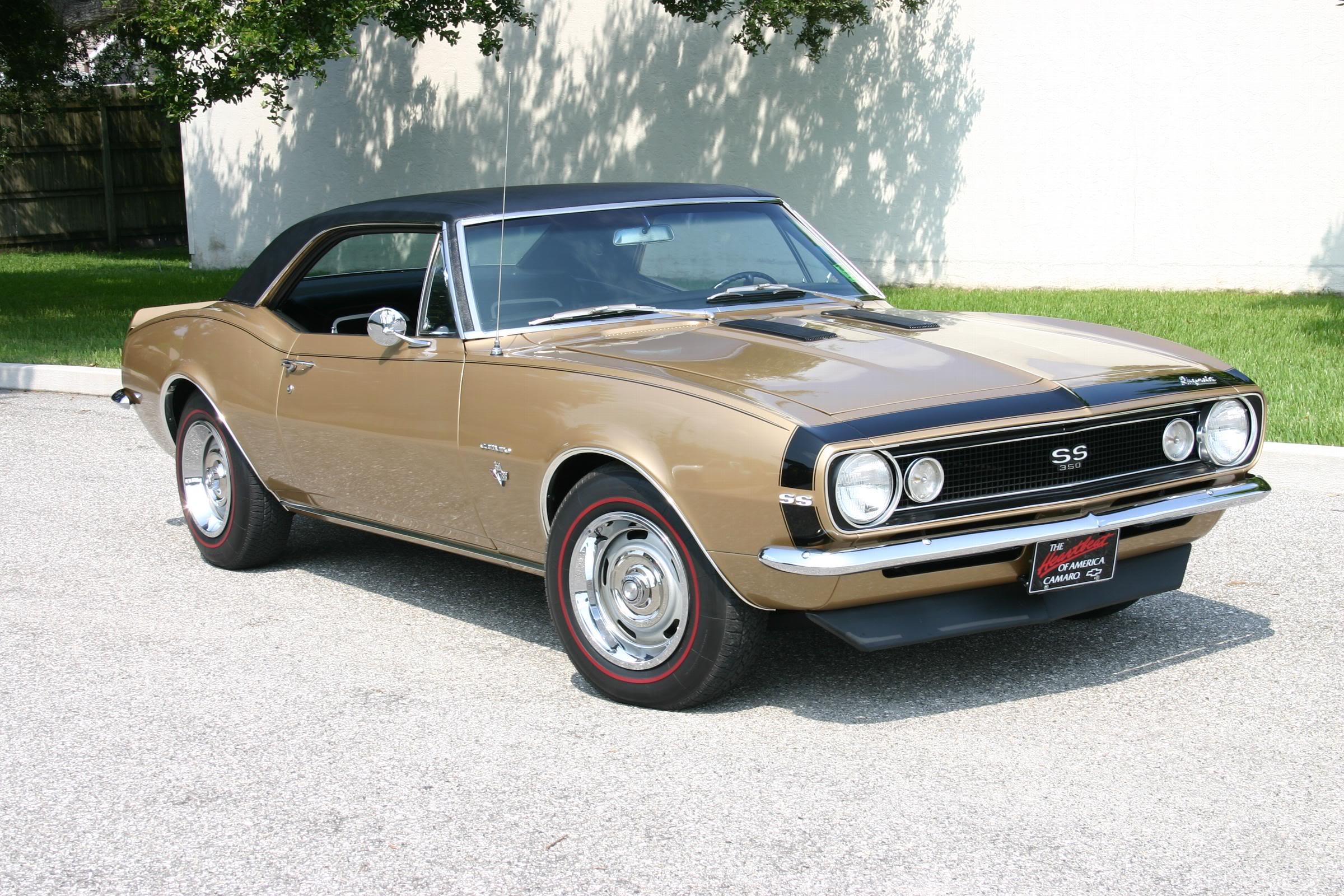 For the most part, the exterior of the Camaro was the same in 1967 and 1968 with differences coming with option packages such as the SS and the Rallysport. In 1969, the Camaro became known as “The Hugger” with 2” wider sheet metal on the body and a more aggressive stance. This cosmetic change was accented by optional front and rear spoilers and a cowl induction scooped hood. The 1969 Camaro has stood the test of time as being the epitome of the Chevrolet muscle car.

From 1967-1969, there were 701,138 Camaros produced with a myriad of options, interior colors and trim levels. The First Generation Camaro is one of the most highly sought after collectible cars. Good thing Rick’s Camaros has all the parts and accessories to keep your First Generation Camaro looking good and running its best. Not a numbers-matching collector? No problem! Rick’s has everything you need for your daily driver or pro-touring Camaro as well.

The Camaro hit the market with a full-length movie, an off Broadway play and a clothing line. Due to the market frenzy surrounding the first generation Camaro, it paced the Indianapolis 500 in 1967 and 1969.

According to Paul Van Valkenburg author of Chevrolet-Racing?, the D80 rear spoiler option was the first GM option to go straight from the clay model to the production line. 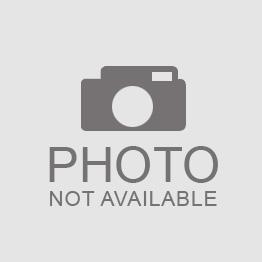 In 1964, GM gave the go-ahead for their very own “Pony Car” to directly compete with the Mustang 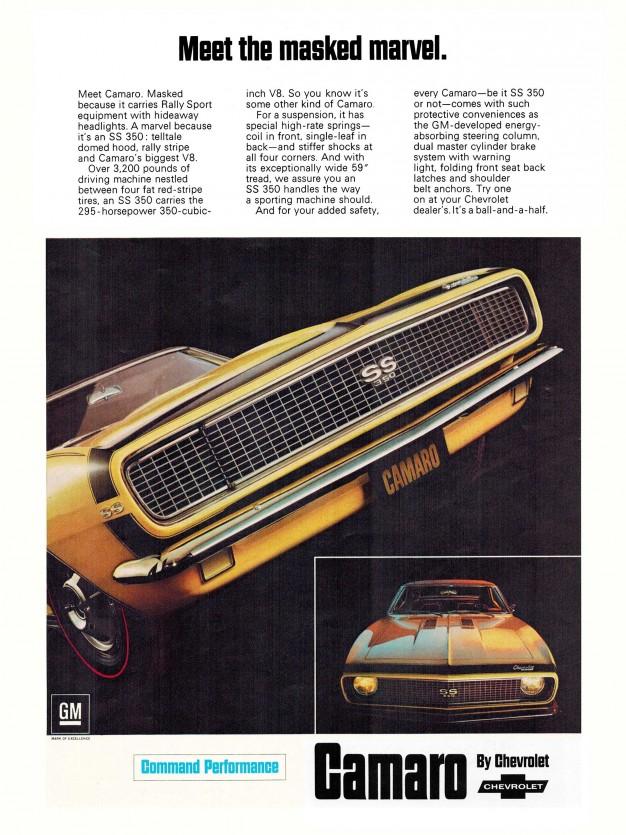