The Spirit of La Carrera Panamericana

Once upon a time in Mexico…

La Carrera Panamericana is a competitive vintage race/rally format consisting of a two person team in each car: a piloto (driver) and co-piloto (navigator). It is the only road rally in the world with sections allowing unlimited speed, in which the road is closed until the racers pass through on their way to the northern Mexican border. A little history about the event: It all started in 1950 by the Mexican government, which invited international race car drivers and car manufacturers to come and race on the newly paved Panamerican Highway through mainland Mexico. It was a tremendous success and attracted lots of attention, until the last race in 1954.

The logo of La Carrera Panamericana is a “spirit” relating to, I believe, the history of this unusual adventure. The varied domestic and foreign vintage cars from 1950-1954 and 1955-1965 and their crews and pilots show that spirit. In addition, unexpected by me, was the enthusiastic response of the Mexican people who greeted us at every turn out in the countryside. And the thousands that cheered us on in the major cities every morning at the starting line and every afternoon at the finish in the next city.

In 2008, I decided to do it. To round out my “team”, I had enlisted an old friend, Shields Richardson, who didn’t even hesitate when I asked him if he would be interested in the voyage. So we two “La Carrera Rookies” traveled down to Oaxaca to start this great adventure, not really knowing what lay ahead. Our “plan” was to start off like the “tortoise and the hare,” feeling our way around with the car and navigation stuff.

The event started in the beautiful southern city of Oaxaca, Mexico. Three thousand kilometers north was the finish line in Nuevo Laredo. During the day we alternated between velocity and transit sections, winding through the varied landscape and dramatic vistas of central Mexico. The racecars arrived each afternoon in the picturesque cities of Tehuacán, Puebla, Queretaro, Morelia, Aguascalientes and Zacatecas.
Well, the twists and turns in the mountains of Oaxaca proved too much fun for a couple of good ol’ boys, and we were surprised to win the first day (in our class – Original Panam), racing from Oaxaca to Tehuacán. Fortunately, after racing well for the next six days, we ended up first in our class and 31st overall.

The Mexican Board of Tourism, the organizers of the race, performed a tremendous job of hosting 100 cars, drivers and teams in first class hotels at every city. The nightly drivers’ meetings were held in beautiful historic buildings in each city with awards, drinks, and dinner.

The Mexican Highway Patrol gave outstanding support the whole week. With road closures to move us through the country and into each city, the high-speed police escorts led us into the historic city center of each city. There we were greeted by thousands of cheering citizens. It was truly an emotional event for all– as each city had a huge fiesta planned and we racers were the honored guests!

We had an exciting time in Mexico and came home knowing that the spirit of La Carrera Panamericana lives, just like the good old days.

My Car for La Carrera Panamericana
My car, a 1954 Ford Vic, was bought from builder and racer, Tom Roland of Texas. Tom campaigned the car in 2004 and 2006. He sold it to me in California without the Y-Block engine (he wanted to go drag racing). After the car was shipped to me, the first order of business was to contact John Mummert of El Cajon, CA, to build an endurance 292 Y-Block engine. By the time I got the motor into the car and ran three tanks full of fuel through it, it was time to get it on the trailer and head to Oaxaca for the start of the race.

The car ran well, a tribute to Roland’s build and Mummert’s engine, even in the higher elevations up to 10,000 feet. The handling, suspension, steering and braking was all very predictable from the twists and turns to the high speed sections. Our top speed was 200 kph (120 mph).

Another invaluable part on this car is the Gear Vendors overdrive unit which worked overtime and never failed. We couldn’t have kept the car in the power band through the mountains and wouldn’t have reached the high speeds without it. 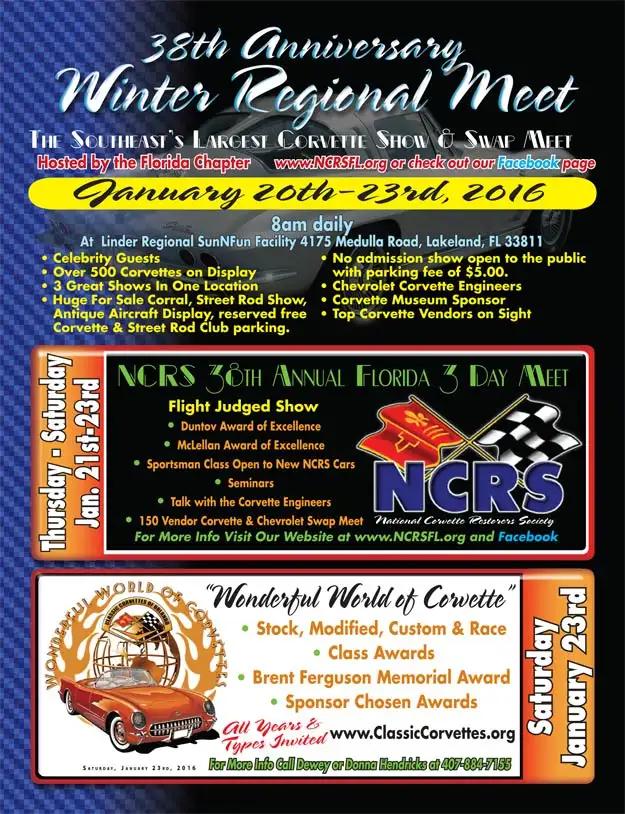