The 1969 Mustang used six different tire types, with the types based upon the original engine equipment that was ordered on each particular car. The base 6-cylinder and 302 cars used a C78x14” tire as standard equipment. An E78x14” tire could be ordered optionally on any of the 6-cylinder or 302 cars, while also being standard equipment on the 351 and 390 equipped cars. The 302, 351 and 390 equipped cars could also be ordered with an optional E70x14” Wide Oval. These E70x14” Wide Oval tires were also only available optionally on the 428 and GT Equipment Group cars. An optional F70x14” Wide Oval was again offered for 1969, this time as optional equipment on the 302, 351,390,428 and GT Equipment Group cars. The FR70x14” Wide Oval Radial ply tires made their second appearance in 1969 as optional equipment on the 302, 351,390,428 and GT Equipment Group cars. The 185-R14” Radial ply was now discontinued and a new F70x14” Fiberglas belted tire was now mandatory equipment on the 428 Cobra Jet cars. The last tire that was available on the 1969 Mustang was the F60x15” tire, which was the standard and only tire available on the Boss 302 and Boss 429 cars.

The job of determining what wheels and tires are correct for your vintage Mustang can be sometimes overwhelming to the restorer. Finding an original NOS (New Old Stock) tire, or even a full set of four plus a spare for the early Mustangs can be next to impossible, even when considering of the existence of the many Mustang suppliers across the United States. While there still may be some original tires that can be found in old tire warehouses, swap meets or in large car parts collections, the chances of finding NOS tires is getting more slim as time marches on. Wheels are much easier to find in the more common or standard sizes since some were also used on other Ford model lines. Whether you are looking for tires or wheels or both for your classic Mustang, you shouldn’t have to look far... if you know what to look for and why. Let’s discuss the tires first. The interior of your classic Mustang is very important to the overall look and drivability of your car over the long haul. The 1964-73 Mustang restoration market has been flooded for some time with an abundance of parts for almost every part of the car, including the interior as well. Many times a Mustang restorer will not know what is available due to the changing marketplace and newer, better reproduction parts becoming available all the time. One thing to keep in mind before you start to replace your car’s interior is what you plan to do with the car. If you just plan to build the car for your enjoyment, don’t worry about buying parts that will be acceptable reproductions for judging purposes. If you plan to show the car on a judging field against other cars, make sure you buy reproduction parts that are accepted by the club or show that will judge the car on a regular basis. With this thought process in mind, you won’t invest a lot of time and money into the interior and then find out you should have used different parts to begin with.  Let’s research what is available for the 1964-73 Mustang interior and hopefully we will find some answers to your questions.

Here is something you can do from the comfort of home. Work part time and become an Eckler’s Corvette online advocate! Help other customers shop for parts at EcklersCorvette.com. Earn cash, accessories and parts for your Corvette! 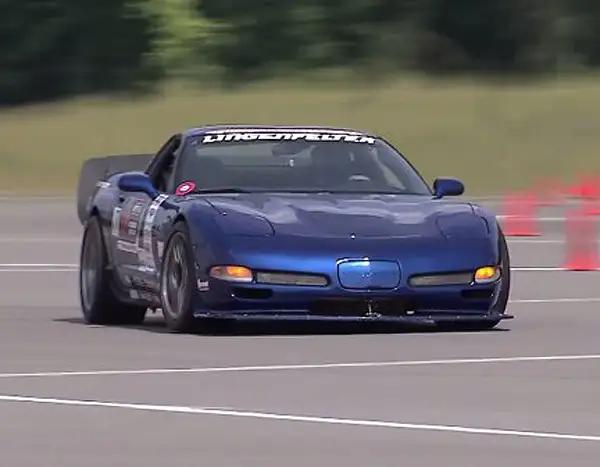 Car enthusiasts are steeped in all manner of specs, facts and data– but does it make us better drivers? While most of us would like to think we’re handier behind the wheel than most, a quick look at this, this, and this reminds us that knowledge or passion does not beget skill.

While reserved for youth aged 15-21 with a valid drivers license, the all-day, hands-on course looks to teach teens about proper vehicle control and the techniques needed to drive in the real world.

Categories
Recent posts
My Project Lists
Last Added Items
Go to Wish List
You have no items in your Project List.